This page has been formed to provide students with a place to learn about the continued occupation of the Hawaiian Kingdom by the United States of America.

I have included links to several websites advocating for the restoration of the Hawaiian Kingdom. There are also two papers (one written by Dr. David Keanu Sai & one written by Williamson Chang, Professor of Law at the University of Hawai’i at Manoa, William S. Richardson School of Law) that help to explain and clarify the details of this long-standing injustice.

Kingdom of the Hawaiian Islands

“Hawaiian Neutrality: From the Crimean Conflict through the Spanish-American War” by Dr. David Keanu Sai

“Darkness over Hawaii: The Annexation Myth Is the Greatest Obstacle to Progress” by Professor Williamson Chang 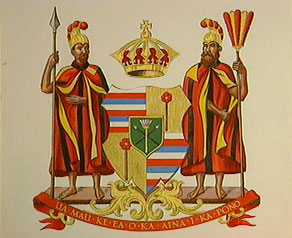