This article from Fair.org is a good example of the media bias in the United States. This is an important story that connects to Hawai’i with the announcement by the Department of the Interior “final rule” that “aims to re-establish a government-to-government relationship with ‘the Native Hawaiian community’.”  Read this story in Civil Beat if you would like to learn more.

“Protecting landowner interests and the local environment is a top priority of the Dakota Access Pipeline project. As an operating principle, Dakota Access Pipeline is committed to working with individual landowners to make accommodations, minimize disruptions, and achieve full restoration of impacted land. We will listen to and address questions from the community, landowners and other interested stakeholders about the project, proposed routes, landowner communications and more. It is our intent to live up to our promises of openness, honesty and responsiveness before, during and after construction and throughout operations.”

The Skimm website gives a quick overview of the day’s news.  The link below is to their “Skimm the Vote” tab.  It gives a nice breakdown of the candidates, issues, key questions, and an election calendar.

Here is a link to NPR.org.  They fact-checked the first presidential debate in real-time.  Awesome!!

The Candidate Forum hosted by Student Government will take place on Tuesday, Sept. 27th from 5-8 pm in the Multi-Purpose room in Pilina.  I will be offering extra credit for students who attend and complete a short write-up on the event.  You can receive two extra points for asking an insightful question.  I hope that all of you will take advantage of this opportunity to meet the people who will be representing all of us! 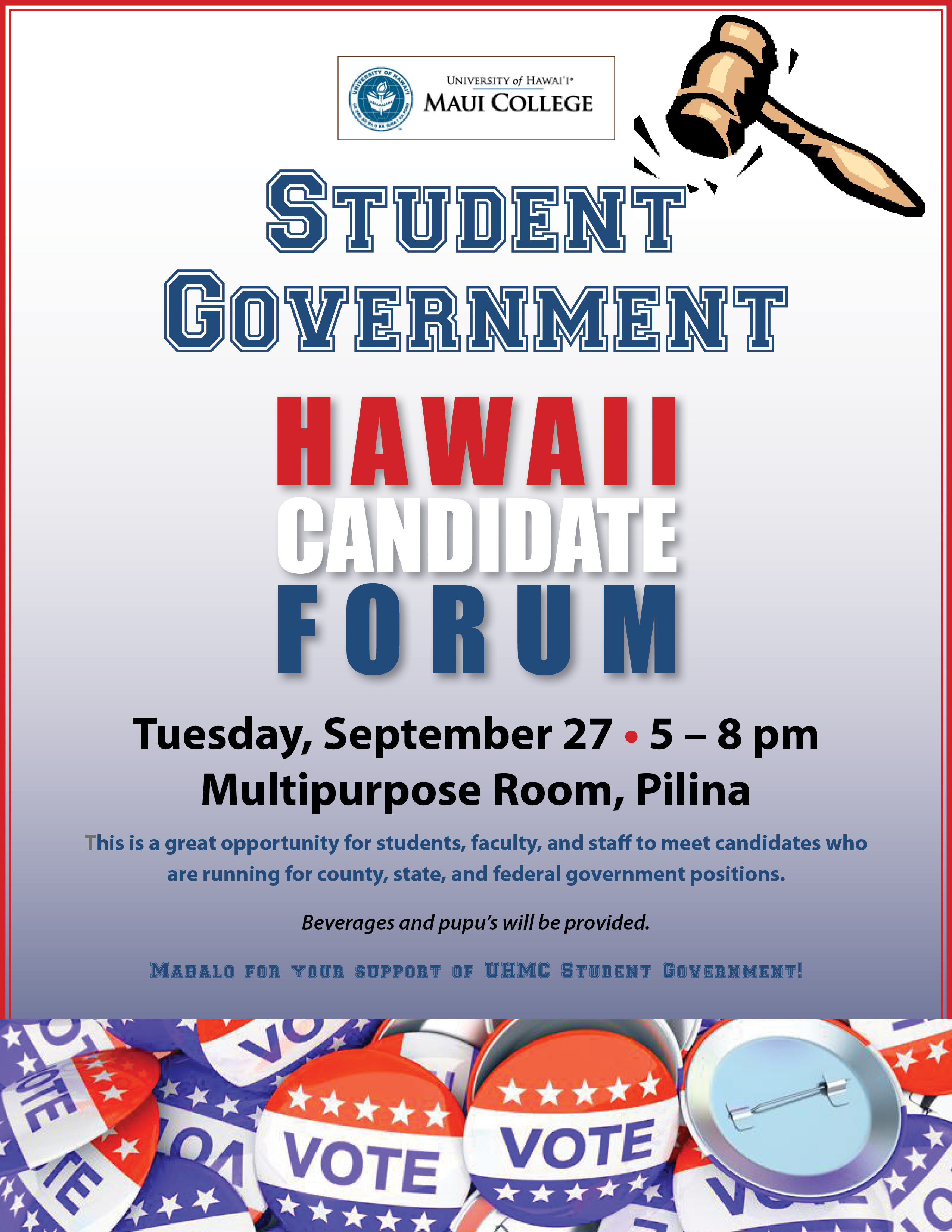 Please join us for a live streaming event of the first of only three crucial debates! 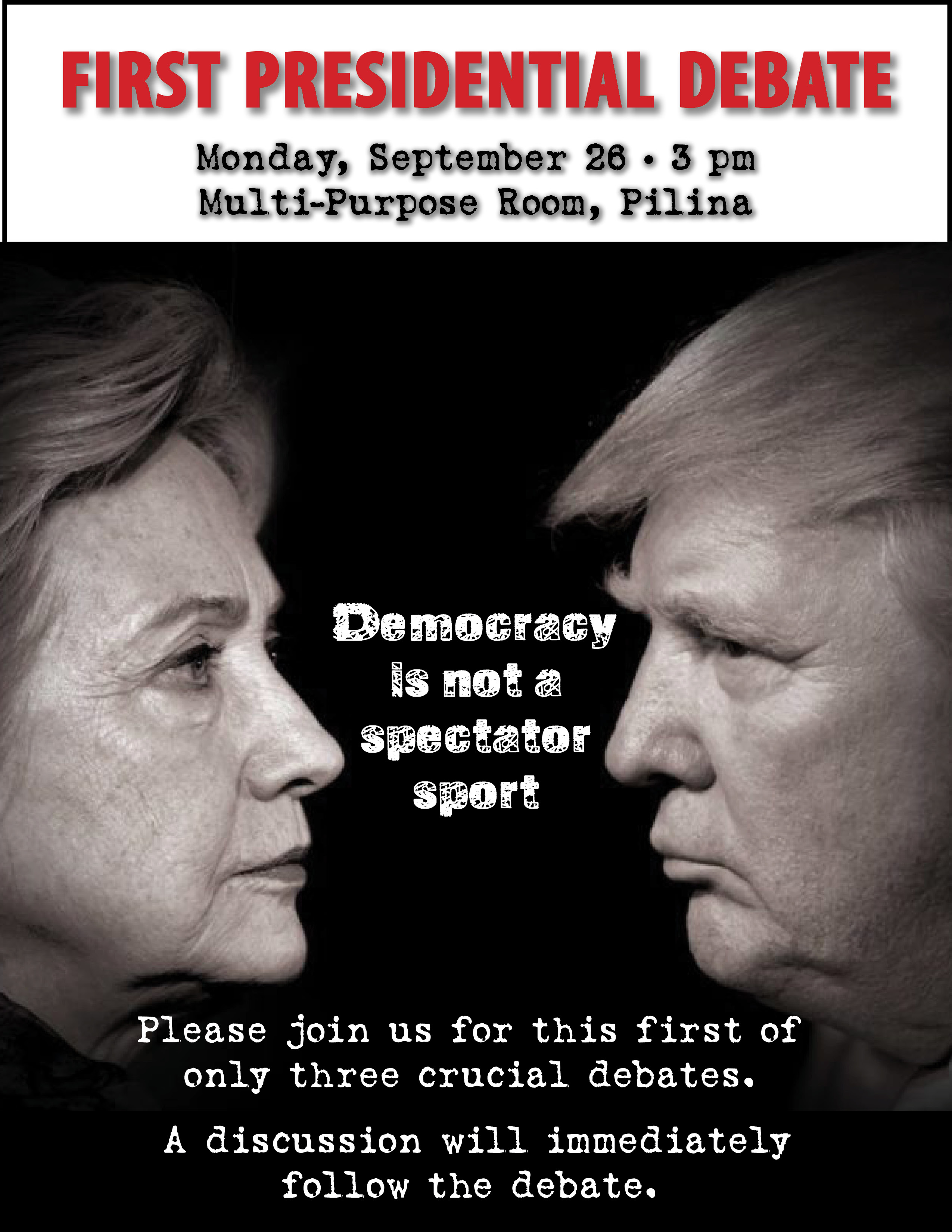 Here is a link to an interesting article I read this morning on ProPublica.  Police in some states are starting to collect DNA samples from people who are not under arrest!!

We’re going to ask you in this email to step up and declare that you oppose TPP, and the reason we’re asking is so that we can give you more opportunitiesthis week to speak out and oppose TPP. But we still think it’s very important for you to understand exactly what we’re facing in order to win. Here’s what you need to know.

President Obama is the one person who can start the process to pass TPP.

Last year President Obama sought, and won, approval from Congress to “fast track” trade deals. That means that he can submit the TPP to Congress and put it up for a vote without any amendments. Congress can approve it as-is, or reject it. That’s it.

Legally, today is the first day that President Obama can do this. He’s said before that he would like to pass TPP in the lame duck session. We don’t know if he’s going to try this week, next week, or after the election, but we need to be ready to stop it in case he does try.

If President Obama does force a vote, realistically our best chance at defeating TPP is in the House of Representatives.

The reality of how the fast track process works is that TPP can’t be amended — not a single word. It’s also true that TPP can’t be filibustered in the Senate. It just needs 50 votes if President Obama decides to submit it to Congress.

We know that Bernie Sanders will oppose TPP, but the same can’t be said for many other members of the Senate. If TPP comes up in the Senate, it’s likely it will pass. It’s not great, but that’s what we’re facing.

Our best chance to defeat TPP is in the House of Representatives. If we can get a majority of members of Congress to vote no on TPP, we can win. So we must focus our efforts there.

Wednesday is a national day of action focusing on the House of Representatives to stop TPP.

For years, a big coalition of labor, environmental, trade, and other groups has worked to stop TPP. Together these groups have millions of members who have spoken out, made phone calls, lobbied politicians, and done everything they can to stop TPP.

All of these groups and all of their members – including Our Revolution – arebuilding towards a huge day of action this Wednesday focused on the House of Representatives.

Our goal is to place at least 50,000 calls to members of Congress and their offices on Wednesday. With your help, we’re going to help lead this fight and find out where these representatives stand on TPP, and we’re going to do everything we can to make sure that they know the people they represent want to defeat TPP.

We can only win if all of us get involved to stop TPP.

If TPP passes, there’s no going back. The only way to get out of the trade deal – even to change a single word! – is if every one of the 12 nations agree. That’s not going to happen. So we need to defeat TPP now.

Big corporate interests and Wall Street are lining up to help TPP pass Congress when President Obama starts the fast track process. We’ve proven before that when enough people stand together, we can beat those special interests. Now we need to do it again, starting with our day of action on Wednesday to reach our goal of 50,000 calls to Congress.

michael, this is what we need you to do:

The first step to stopping TPP is showing a huge number of people oppose it. Members of Congress and the media need to know that millions of people want to stop this trade deal.

Add your name and say that you want to stop TPP and have your voice counted.

Thanks for all you do for our movement. We’ll be in touch soon about how else you can help stop TPP.

Larry Cohen
Former President, Communication Workers of America
Chair of the Board, Our Revolution

This is an interesting article that appeared in The Nation today about the history of immigration in the United States.  It gives a clear picture of how the phrase “a nation of immigrants” is misleading and poorly understood by many citizens.

Check out this article on Fair.org about how the media manipulates information to stoke fears that the presidential election may be hacked by Russia.  Fair points out how mainstream media can be bias and how wording in news articles can be misleading.  They provide several links to articles that have appeared recently on this topic.

THE CONSTITUTION of the United States of America

On this site, constitutional experts interact with each other to explore the Constitution’s history and what it means today. For each provision of the Constitution, scholars of different perspectives discuss what they agree upon, and what they disagree about. These experts were selected with the guidance of leaders of two prominent constitutional law organizations—The American Constitution Society and The Federalist Society. This project is sponsored by a generous grant from the John Templeton Foundation.